Luz was brought to the U.S. by her father at age 14 from Honduras without authorization. Rather than attending school, she worked 12-hour shifts and gave every penny she earned to her father. According to Luz, “I worked two shifts every day, from 7 am to 7 pm in different bread companies and laundries. There were days that I would get really frustrated because I could not understand what other people were saying to me, and I could not respond, not even a word due to the language barrier. Despite the language barrier I sought help from a coworker who spoke English, who taught me the basics of English and phrases that could be used in my job. This was how I survived.”

After two years, Luz’s father returned to Honduras but did not bring her with him. Instead, she was 16 years old and alone and barely able to speak English in San Francisco. She entered foster care after a community member reported that a child was living in a park.

Instead of protecting her, foster care put her in harm’s way. “My foster parents, my first family, I suffered from abuse. I was the one who was cleaning the house. They only gave me one meal per day.” Luz reported the abuse to her social worker and she moved to another foster care placement where she received the help she was seeking.

“My foster parents enrolled me into school, and that day I felt that I had achieved one of the most important goals in life,” said Luz. “Going to high school without knowing English was a challenge, to say the least. My determination to pursue a college degree is largely due to the inspiring examples and unwavering support of my foster parents and my social worker.”

After aging out of care, however, her challenges returned. She became homeless and lived for a time in a garage where there was no heat, running water, or lock. She worried that her few possessions would be stolen and also that she would be attacked during the night as she slept.

Luz recalls her period of homelessness as the darkest in her young life. “I was moving from place to place every month. Being homeless not only affected my education but also me emotionally. I was alone.”

Luz stayed on that path, enrolling in City College of San Francisco and joining their Guardians Scholars Program. As a student, Luz benefited from textbooks provided by John Burton Advocates for Youth. She also was able to receive priority registration due to the successful advocacy of John Burton Advocates for Youth in providing it to foster youth across California.

According to Luz, “I was receiving a lot of support: money for my books, tutors, and priority registration. I went from having a 1.5 GPA to a 3.5 GPA.  Programs such as the Burton Book Fund make a big difference in the performance of students.”

Luz’s circumstances improved further when she qualified for permanent, affordable housing in San Francisco, similar to the John Burton Advocates for Youth Housing Complex, where 24 former foster youth live. For Luz, permanent housing has given her the stability she has long sought,  “I have permanent housing and that really changed my life.”

Luz’s progress continued as she transferred to San Francisco State University and graduated in May 2018. She has also since become a U.S. citizen. She credits John Burton Advocates for Youth for the important role it played in her journey to stability, both through the reforms it made to the foster care system as well as the hands-on support it provided through textbooks and an internship. While interning,  Luz advocated for safe, affordable housing for former foster youth and improved comprehensive sexual health education for foster youth.

“As a child, I dreamed of being a different person than my family members. I wanted to be a person with goals. Through all my struggles and sacrifices, I have taught myself the value of a good education so I can pursue my dreams. Despite all my struggles and challenges, I am an unstoppable person. I hope to transform the foster care system into a better place, for people like myself. 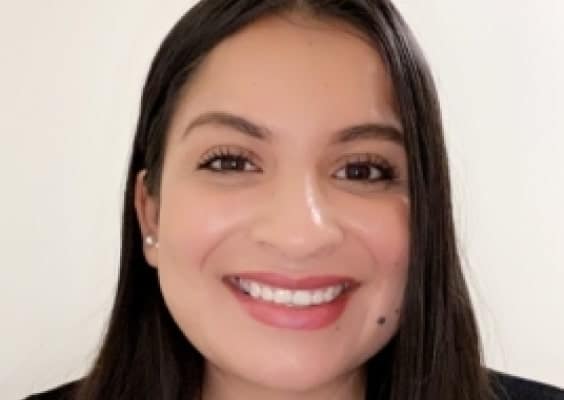