JBAY Youth Advocate Junely Merwin has faced barrier after barrier in her young life. But as each one has appeared, she has persevered and consistently persisted to build a life of stability for herself and her son.

Junely’s challenges started early. She was raised in Los Angeles by her mother and grandmother, who each suffered bipolar disorder. While they did their best to protect her, their household was chaotic and dysfunctional. When her grandmother passed away, she became homeless for a year and a half, along with her fraternal twin sister and younger brother.

During this stressful period, she became pregnant and dropped out of high school. After experiencing an erratic episode from her mother, she called the police, causing her to enter foster care at age 15 with her one-month-old son. Only then did she realize what mental illness was and how it had affected her family all throughout her upbringing.

In foster care Junely turned to education as a source of stability. “Foster care turned my life around when it came to academics. While so many things were out of my control, I knew that education was within my control.” Junely benefited from a state law that exempts foster youth from certain school district graduation requirements, allowing her to graduate from high school. As a teen parent, she was determined to create a better life for her son. “As a foster youth in the system, I felt like I was always stigmatized and seen under a microscope. I had no other choice but to be strong. I wanted to show that I was being a good example to my son.”

Junely enrolled in Cerritos College in Norwalk, California after graduating from high school. As in the past, she faced challenges. There were tensions between her and her foster parents and she struggled with a two-hour commute to take her son to child care. Amidst these challenges, she gained encouragement from others who helped her navigate college. “I’m really fortunate for people like my educational liaison Barbara Martinez who I met in my second foster home, who really took me under her wing.”

Junely earned a full-ride scholarship to Cal State Fullerton, but once again, a serious challenge came her way: this time it was housing insecurity. Junely was awarded a special housing voucher for former foster youth that provides affordable housing and supportive services for 36 months, but spent three months couchsurfing before she could secure an apartment. Once she had stable housing, she was able to focus on school again, earning a Bachelor’s degree in Human Services in May 2019.

In full circle, Junely works for a foster youth program in higher education serving the very population she came from. “Higher education saved my life and has been my outlet out of poverty and dysfunction.” This fall, she will return to Cal State Fullerton to pursue her Master’s degree in Higher Education. Junely looks forward to this next part of her journey. 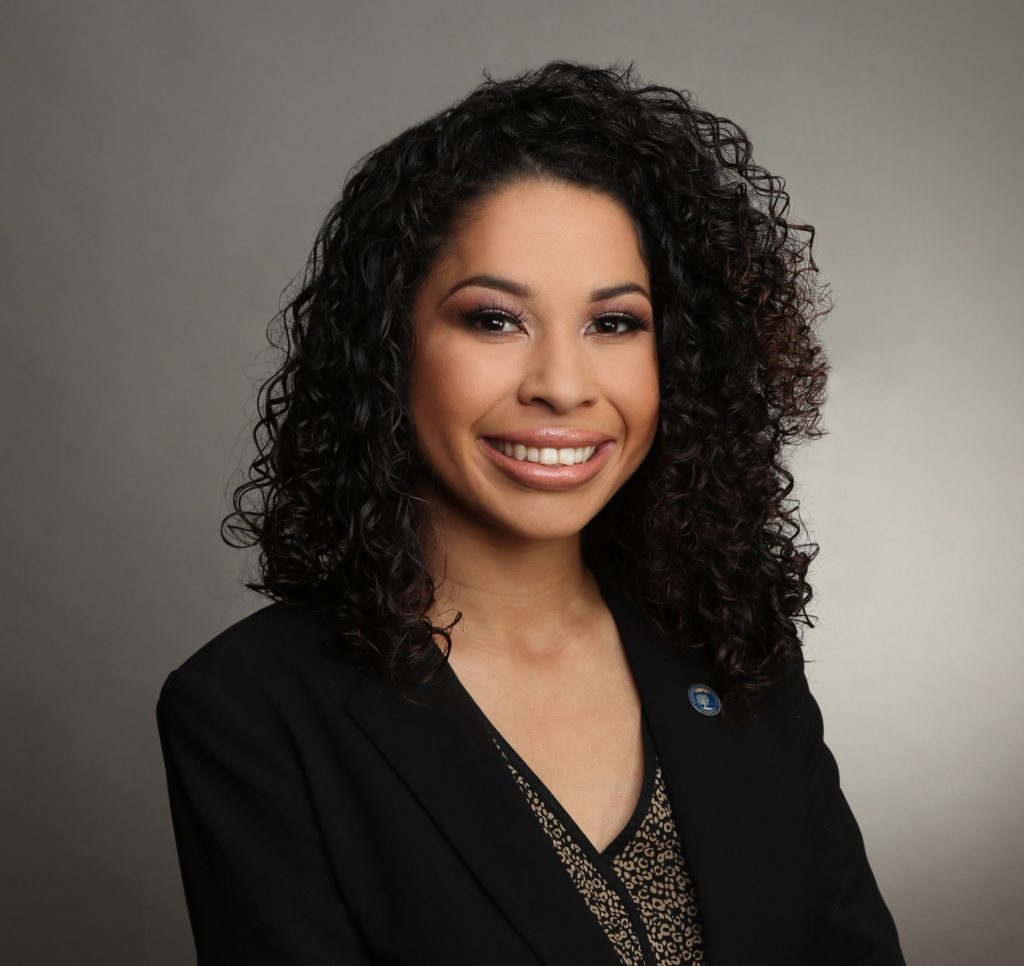